BRITISH entrepreneurial spirit is in danger of being crushed by European Union red tape with its latest laws against E-cigarettes, UKIP MP Douglas Carswell has claimed.

Douglas Carswell has slammed EU e-cigarette regulations
The controversial EU regulations plan to limit the size of vape liquid bottles to 10ml – and the size of the tanks used to smoke the substance to just two millilitres.

And in May, Brussels will want vape companies to submit annual reports on users and sales. 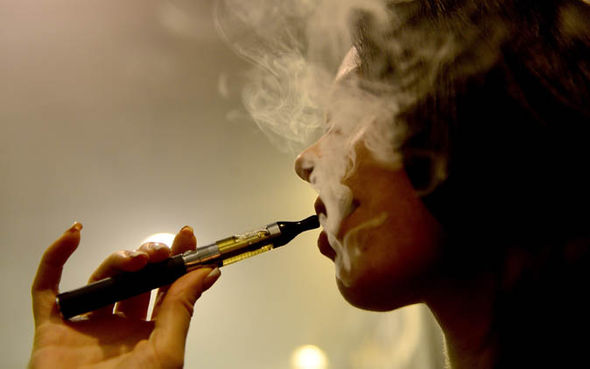 Mr Carswell, the MP for Clacton, and the party’s most senior elected representative, wrote on his personal website today that British entrepreneurs invented much of the E-cigarette technology and these firms were now about to become the latest victim of EU’s anti-small business policies.

He added: “There is a huge market for e-cigarettes in the UK. They have been so successful in helping quitting smokers give up tobacco, even the NHS has recognised their potential.

“But now the EU is stepping in to crush the E-cigarette. In May, they will become subject to the EU’s Tobacco Products Directive.

“Think about how absurd this is for a second: the whole point of e-cigarettes is that they are not a tobacco product.

“The Tobacco Products Directive could be catastrophic for the e-cigarette industry. Manufacturers will now have to submit detailed annual reports on their sales and users. Big Business might be able to cope with this bureaucracy. But small businesses – like most in the industry – will be suffocated.”

Mr Carswell – a leading light of the cross-party Vote Leave campaign – said that the “corporatist to a fault” EU “always acts against the interests of small business”.

The news comes after was announced vaping devices are to be made available on the NHS in a bid to help the UK’s eight million smokers quit.