thanks for your continued support

Thanks for your support

The health minister has backed down on plans to ban the use of e-cigarettes in all enclosed public places in Wales.

Instead the Welsh government will change its Public Health Bill so they will only be banned in schools, eating places and on public transport.

In a debate in the Senedd, Mark Drakeford told AMs his personal view had not changed.

But he said he recognised his responsibility as minister to find an agreement.

He said he would bring forward amendments to define more precisely enclosed spaces where e-cigarettes would be prohibited.

He told AMs: “I’m not prepared to do nothing in the hope that harm might not occur”.

Previously the Welsh government said it wanted to restrict the use of e-cigarettes in exactly the same way as tobacco.

It was concerned their use may “normalise” smoking for children and young people while ministers feared they may act as a “gateway” into smoking tobacco.

The ban, intended to come into force in 2017, would have been a first in the UK.

Ministers pointed to concerns by the World Health Organisation and steps taken in 40 other countries to regulate e-cigarettes, but it divided opinion among health and medical groups.

A major review by Public Health England found e-cigarettes were 95% less harmful than tobacco and could be prescribed on the NHS in future to help smokers quit.

Before Tuesday’s debate, experts from universities and the National Centre for Smoking Cessation and Training wrote to AMs claiming there was no evidence to justify the legislation.

They claimed it would discourage smokers to switch from smoking to e-cigarettes.

The proposals also divided the group of AMs which looked in detail at the proposal.

The five Labour members supported curbs on e-cigarettes but they were opposed by four opposition AMs.

Less stringent restrictions on e-cigarettes than those on tobacco were suggested and that appears now to have been accepted by the health minister.

The decision this afternoon can be interpreted in two ways.

Some critics will view it an embarrassing climb down – and ask why did the health minister press ahead with the proposed ban in the face of significant opposition and unclear evidence.

Supporters of the Welsh government will say he has acted responsibly, listened to the debate and acted accordingly – an example perhaps of democracy in action.

The watering down of the proposed e-cigarette ban in public places does raise some questions about what exactly the Welsh government’s flagship Public Health Bill will now ultimately achieve.

Previously, a plan to introduce a minimum price for alcohol from the bill was taken out and introduced as separate legislation over fears of legal challenges.

Perhaps the decision today reflects the health minister’s fears that without a majority a political row about the scope of e-cigs ban could scupper the entire legislation.

This whole debate also raises another question about the role of government and the timing of the bill.

In seeking to restrict the use of e-cigarettes, were ministers acting responsibly to protect the public, just in case they were found to act as a gateway to tobacco?

Or was the Welsh government here being premature, too willing without evidence to interfere in people’s lives?

The crowd puffed on e-cigarettes and chanted that “vaping is not smoking” and “the Smoke-Free Ontario Act has failed”.

They were there to protest the province’s Electronic Cigarette Act, which passed in May.

The act regulates where and how e-cigarettes can be sold and smoked, and it prevents “vape shops” from demonstrating how to use the devices.

E-cigarettes mimic the experience of smoking tobacco by vaporizing a liquid that often contains nicotine.

Proponents of e-cigarettes contend the devices are cleaner and healthier than traditional cigarettes.

The rally was organized by Vapor Advocates of Ontario, a group formed just last week. 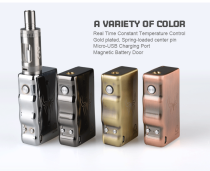 The ADT50 is a box mod in zinc-alloy with gloss finish. The PCB is made by themselves with USA imported chip and parts. The unique thing about the ADT50 chip is that it allows you to set the temperature that is the highest you want to vape on, it means that you will never burn your coil when the juice is low. Also it is the only one on the market currently that will automatically check temperature 1000 times/sec to keep it accurate and prevent the coil short-circuited. It is capable of running coils between 0.06ohm to 2.5ohm, uses a separate 18650 battery (not included), charged via the included micro-USB (passthrough, can be used while charging), has a spring-loaded pin and protection against short circuit and wont fire if battery is inserted the wrong way. The display shows ohms, watts, volts and set maximum temperature. 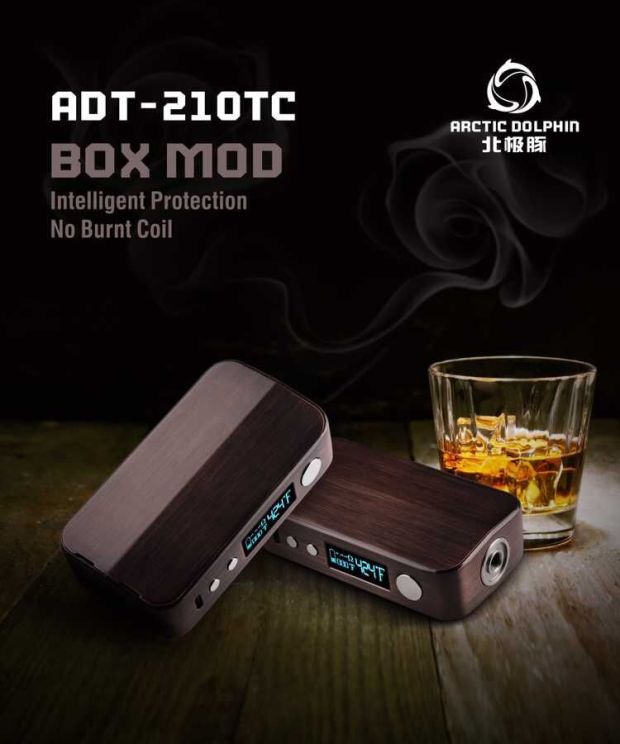 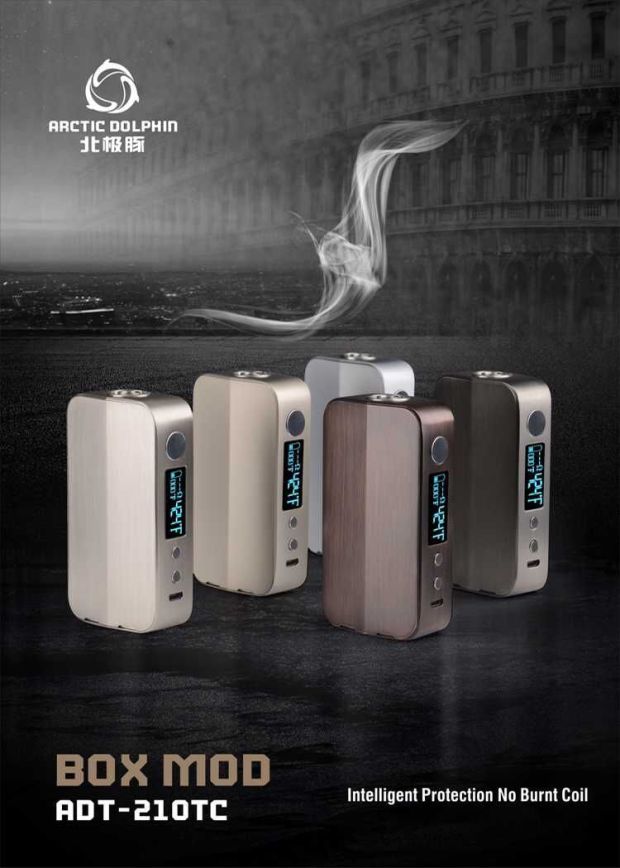 Firstly,it is the first device that can be charged with 5V in 2*18650 series battery;

Thirdly, it adds three functions into this newest mod when compared with the previous box mods from Arctic dolphin, it can save and read vaping conditions/parameters and you can choose the big or small vape cloud with burst mode in the interface of temperature control mode.